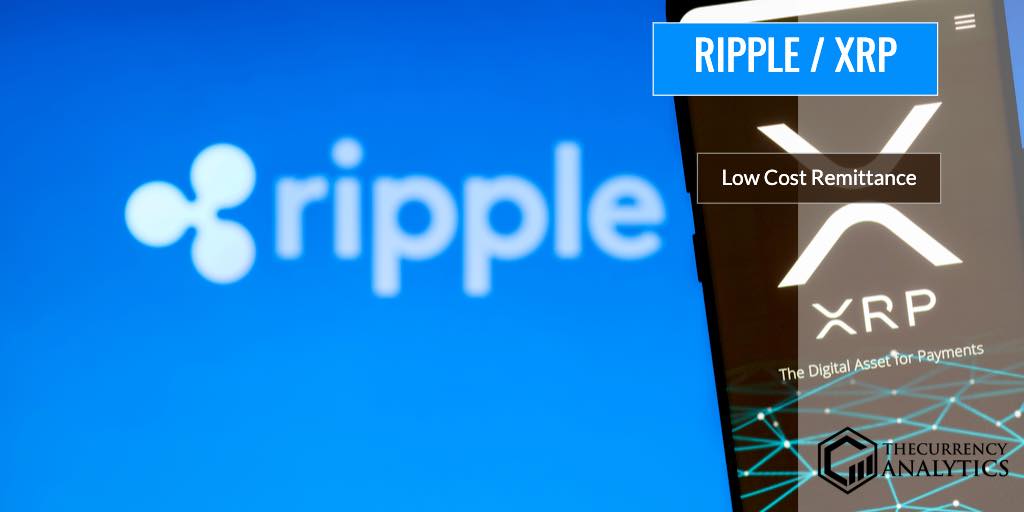 During difficult times like we are going through now, digitizing payments and getting away from handling cash is the best way to help people remit money abroad. All of us are together in this.  It is becoming important to work harder in this regard.  Migrant workers are counting the costs on such processes.  It is becoming important to remove friction to facilitate the lower cost of remittances for the migrant workers.

Right now we are facing lot of difficulties.  Having these systems in place in 2 to 3 years from now would not make sense. XRP should be able to help. Some real deals can happen now.  Rather than beating around the Bush a lot, it is important to make it happen.

Marcus Treacher, Head of Customer Success @ Ripple tweeted:  “In a world under pressure, we’re still driving hard and building our network. Another big Ripple milestone I’m so proud of: Money transfer service Azimo partners with Siam Commercial Bank for faster payments to Thailand.” He further clarified, “XRP is Not Centralized,” and implied that it is important to clear up this misconception.

Sydney Ifergan, the crypto expert, tweeted:  “Ripple XRP has picked up an attitude of ignoring critics and moving forward.  They know haters are going to be so, and nothing can be done about it.”

Ripple XRP is not Centralized

Marcus Treacher feels that 2020 is not the best year.  The coronavirus, the economic crisis, and the entire global financial system has been in Jeopardy.  However, very recently, Forbes named the settlement systems from Ripple to be ranked second of the largest fintech firms in the US.

This ranking is considered important for a frontier technology company like Ripple, which deals in blockchain.  The status of Ripple has been related to the focus of the company to tapping into the market for an international transaction infrastructure.

A major focus of Ripple has been to not lose track of solving specific problems related to cross border payments in the global remittance market.

Treacher clarified, stating that “Ripple is the only blockchain company that has got customers to use their products for commercially for making cross border payments.”

The inefficiencies in the global remittance market has been addressed effectively using digital assets technology, thus making it possible for customers to see huge benefits.

XRP for this reason has been called to be too centralized.  Also, Ripple has been accused for holding a major share of XRP and for controlling it.

Treacher clarified that Ripple is just a stakeholder of XRP and that “It’s a decentralized, open-source digital asset, and the XRP Ledger is based on an inherently decentralized, democratic, consensus mechanism — meaning no one party can control it, not even Ripple.”

When talking about the one billion XRP released to Ripple each month, Treacher pointed out that the XRP held by Ripple is locked in cryptographically locked escrow accounts and that it provides an upper limit on the amount of new XRP which can be brought into circulation. Further that any additional XRP leftover for each month was to be placed into a new Escrow.