Home » Gary Cohn Predicts the Arrival of Global Virtual Currency, But It Is Not Bitcoin 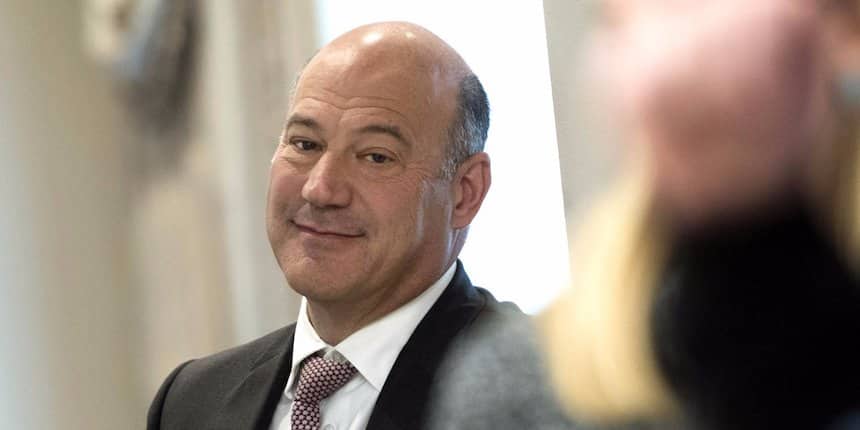 Gary Cohn Predicts the Arrival of Global Virtual Currency, But It Is Not Bitcoin

Gary Cohn, ex- President of Goldman Sachs said Tuesday that he believes the world will have an international virtual currency, but it’s not bitcoin.

Gary Cohn isn’t a believer of Bitcoin, but he believes in blockchain system. This is what he told to Bob Pisani in an interview with CNBC show Squawk on the Street.

According to Goldman Sachs former president, he does believe that we will have an international virtual currency at some point where the whole world knows it. He also added that it is not based on cost of electrical energy or mining costs or things like that. Gary resigned from being a chief economic advisor to the Donald Trump government early March for some reason.

Bitcoin is made by means of energy intensive “mining” procedure which has come to need specialized and proficient computer hardware. Also the cryptocurrency is the first blockchain technology application, which gets rid of the demand for a 3rd party mediator by quickly making a safe, secure as well as permanent proof of dealings between two parties.

Gary Cohn former Donald Trump advisor said that “we have to do tax cut 2.0 and make personal cuts permanent”.

The system allows users of cryptocurrency especially bitcoin to send money or resources across borders fast at a very reasonable fee. On the other hand, bitcoin faces many challenges which include handling high transaction number. He looks forward to the virtual currency of the future to be simpler compared to bitcoin.

Gary said that it will be an easy to understand cryptocurrency. Perhaps it will have some blockchain system behind it. On the other hand, it will be easier to understand how it is made, how it runs or moves as well as how the community can utilize it.

An increase of interest in crypto like bitcoin, and hope for large-scale investment, assisted drive costs up over thirteen times in the previous year. As a matter of fact, Bitcoin traded close to USD9,100 on Tuesday morning (May 8, 2018).

Goldman Sachs, Gary’s former employer, is considered one of the many firms in Wall Street making a purposeful foray into virtual currencies. Last week, investment bank fired Justin Schmidt a former trader to be the head of virtual asset markets in the securities division of Goldman Sachs.

Cohn to Goldman, they must do what they believe is beneficial to their shareholders. He also mentioned that he already withdrew his shares in Goldman.

Ukraine Planning to Launch a Virtual Type of their Currency

Bacoin, a Bacon-Support Cryptocurrency By Oscar Mayer Plunged by 93 Percent this Year